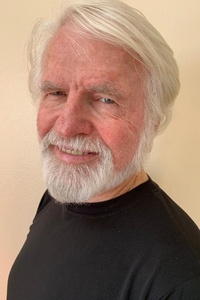 I love to travel and feel comfortable inside or outside. I can take and give orders. I'm an author of several mystery novels." Retired military officer. today 8/1/16 Just finished Pilot for t.v. series called "Encarnatus", now being shown on Youtube (5 episodes). Associate Producer, actor named Tomas. Zman Productions. Starting to find a network. Have been typed casts as General Robert E. Lee in "Ellen Bond Secret Agent." Movie needs to be rewritten more with a female Touch.

I have done background in oscar nomanated movie, principal roles, coffee commercial, Japanese T.V., car accident. I was in background (principal) for In pursuit of Happiness, background for Violent Jake (bar tender) Mail order Bride, Money Ball, The Four Christmases, Milk, Her Best Move, Japanese company called Duo Communictions in San Francisco (8 episodes). Producer of "Roomates" for T.V. I have written one suspense novel and self published it, I have written another changing my genre to a tough guy in the 1930's called "Gotchem," in process of tying to get it published in N.Y.. Presently writing a sequel to it. I just have finished a 200 scene movie treatment called "Father LePore."