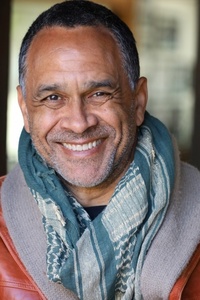 Born and raised in Montana I went to college to play football and left as an actor. I spent a decade afterwards trying to lose the bug in a variety of jobs including bouncer, boxer, stripper, graphic artist, writer, carpenter and health club manager. I finally succumbed went back to Drama school and made my way to LA and started working professionally. After 25 years I consider my self a seasoned veteran and can work in any venue, stage, television or film and I still absolutely love this job.