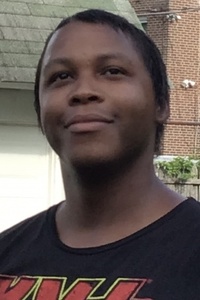 Hello, I am Michael R. Bennett. I am 27 years old, Born January 23, 1994. I have been into acting and singing ever since I was very young, and the earliest I can remember me acting was when I was 4 years old, I was acting out the dance scene in the Titanic, when Jack and Rose were dancing with eachother in the party the less fortunate people were having, I played without word for word, even the dancing. When I was around 8 or 9 years old, I would practice the concert Scenes in Prince Rodger Nelson's movie "Purple Rain" and did all the concert scenes dancing, singing and the electric guitar ( I did air guitar) playing with out looking at the T.V. I am a very decent mimic. I really hope you give me a chance to show you my abilities and to show that I am worth your time. Thank you.... read more

I have some professional acting experience. During my time in Edison Prep. High School, I participated in acting classes as a after school activity, plus when I had reading class, me and my classmates had to act out and put on a play for the first Rocky movie, I did a lote of practicing on my own by acting out parts from my favorite movies,video games and cartoons/anime like The Pirates of the Caribbean Dead mans Chest, The Night before Christmas and many other.