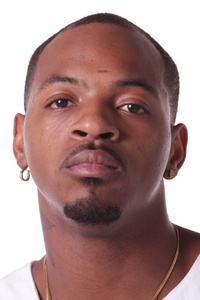 Rio Suavey was born Mario Hill in the hip hop mecca of the south Atlanta, GA. Influenced by pioneers of southern rap UGK, Three 6 Mafia, TI, Boosie and Lil Wayne, he started dabbling in music at an early age. By the age of 15 he began his professional career winning 2nd place at a talent show. Rio credits the support of his mother, a songwriter with his early start, My mom gave me a Real Deal beat machine at age 13 shortly before moving the family from Georgia to Los Angeles, California to experience life in Cali and how it really goes down on the west coast. After a stint in LA he began the rite of passage of so many artists: paying dues selling demos, open mics talent shows anything that allowed him an opportunity to be heard, take the stage or gain experience. Paying dues paid off. That experience helped him develop his unique style and flow, one of the first things people notice when they first experience him. Following in his mother's footsteps he began writing his own music as a means to impact with real messages. Rio doesn't consider himself a rapper, instead an artist, songwriter and all around entertainer who uses art as a form of expression, To express how I really feel about things that's happened, I been through, and went through in my life today. He also credits music as a motivating force, It keeps me going than anything else and out these streets. His influences are diverse and include Michael Jackson, 2Pac, Dr. Dre, Slick Rick, Nelly, Biggie Smalls, K Ci & Jo Jo, Jeezy, Snoop Dogg and Jay Z artists who have longevity, have overcame obstacles and those whose success has transcended music. He also models, is a fashion designer and has dreams of being an actor/film director. Rio is currently working on his first album and branding So Suavey, his new clothing line. When asked what he wants to be known for his response is instant, A role model using what he's been through to impact others going through it.... read more